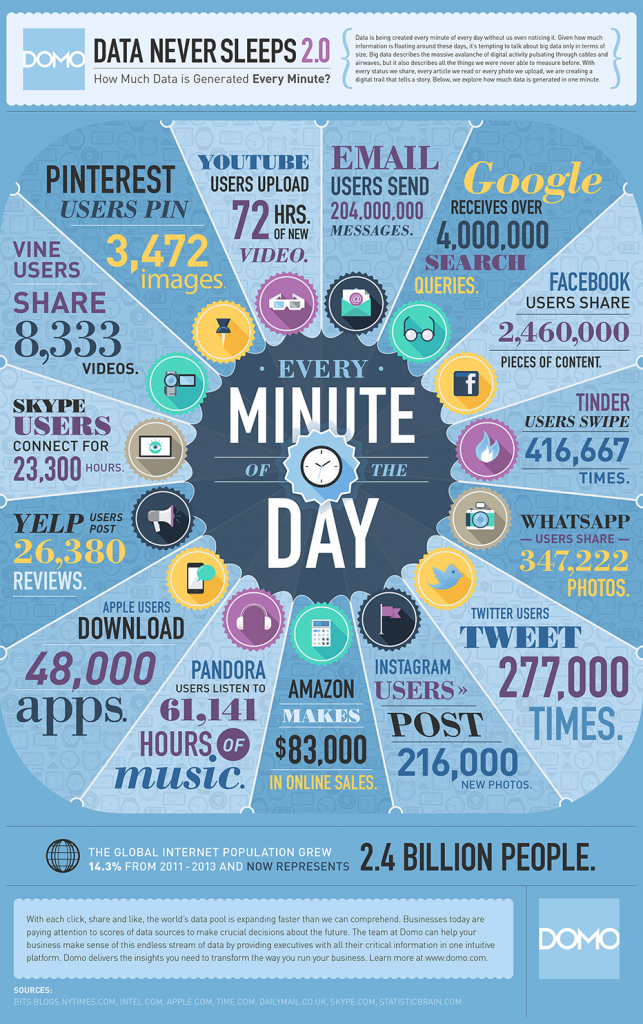 Ten years ago, it would have been impossible to imagine the global scale and power of the internet today. Even now, internet users are uploading all kinds of information online, ranging from photos to videos and app downloads. Between 2011 and 2013, the global internet population grew by 14.3% to a staggering 2.4 billion users, with an estimated 25% of users accessing the internet on mobile. There are also 75 million servers around the world, which are powering the internet. With so many users, the amount of data being generated on the internet in one minute is enormous and almost incomprehensible. One minute may seem like a minuscule time period to us, but the internet is continuously growing and gathering information through all devices ranging from smartphones to desktop computers. It’s also shocking to learn that despite holding as much as 5 million terabytes of data, the entire internet weighs as much as a single grain of sand.

Through this powerful infographic from Domo, the staggering data being generated online every minute comes to life. 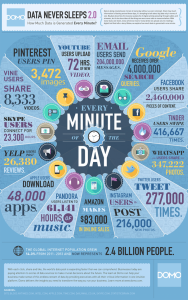