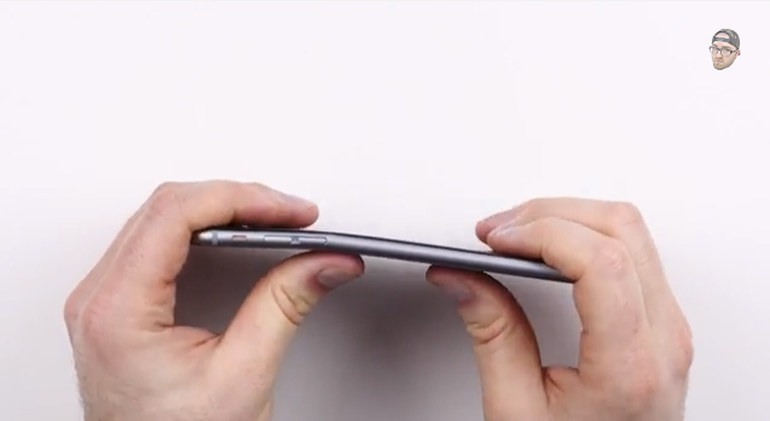 Apple: Only 9 customers have complained about ‘Bendgate’

The company also says the new iPhone 6 and 6 Plus underwent rigorous testing to make sure they’re up to its high standards and can withstand stress.

Don’t blow “Bendgate” out of proportion, Apple has warned.

Reports have rolled in since Apple released its newest iPhones, the 4.7-inch 6 and the 5.5-inch 6 Plus, that the bigger device is more flexible than it should be. Photos and videos showing users with bent iPhone 6 Plus devices have gone viral, and worries about design flaws in the Apple’s flagship device (as well as software glitches) have hurt Apple’s stock.

Apple on Thursday said a bend in the iPhone is “extremely rare,” and through the first six days of sale, only nine customers contacted Apple with a bent iPhone 6 Plus. It also said it performed “rigorous” testing throughout the entire development process to ensure the devices were up to Apple’s high standards.

Our iPhones are designed, engineered and manufactured to be both beautiful and sturdy. iPhone 6 and iPhone 6 Plus feature a precision engineered unibody enclosure constructed from machining a custom grade of 6000 series anodized aluminum, which is tempered for extra strength. They also feature stainless steel and titanium inserts to reinforce high stress locations and use the strongest glass in the smartphone industry. We chose these high-quality materials and construction very carefully for their strength and durability. We also perform rigorous tests throughout the entire development cycle including 3-point bending, pressure point cycling, sit, torsion, and user studies. iPhone 6 and iPhone 6 Plus meet or exceed all of our high quality standards to endure everyday, real life use. With normal use a bend in iPhone is extremely rare and through our first six days of sale, a total of nine customers have contacted Apple with a bent iPhone 6 Plus. As with any Apple product, if you have questions please contact Apple.

Apple’s week has quickly gone from triumphant to troubling. The company on Monday touted that itsold 10 million iPhone 6 and 6 Plus devices in the first weekend they were available. But reports quickly rolled in about bugs in the iOS 8 operating system and problems with the iPhone 6 Plus design.

The issues come as CEO Tim Cook seeks to put to rest critics who have worried Apple couldn’t keep up the pace of innovation from Steve Jobs’ time at the helm. They’re also troubling for Apple as it tries to sell more models of the iPhone — its biggest moneymaker, accounting for more than half of sales — than ever before.

Cook earlier this month showed off Apple’s first new device under his leadership, the Apple Watch, and also broke from Apple’s previous trend of only offering smaller display smartphones. Introducing larger screens with the iPhone 6 and iPhone 6 Plus will help it please current customers and possibly tempt some buyers away from its competitors. 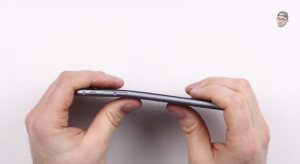