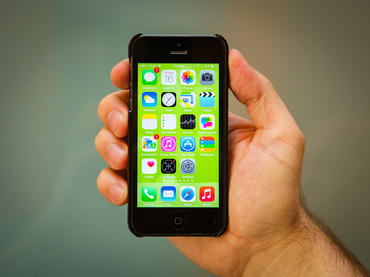 One day after a bungled iOS update disrupted key features on thousands of iPhones, Apple on Thursday issued a follow-on version of the software to set things right.

The newest update, iOS 8.0.2, is available immediately. The bruise to Apple’s public image— also dinged in the last few days by the discovery that itsiPhone 6 Plus can be bent — may take longer to heal.

The impact of the bug was startling. Immediately after downloading iOS 8.0.1 on Wednesday, users began reporting that their iPhones could no longer connect to a cellular network to make calls. In addition, the Touch ID fingerprint sensor on some devices ceased working, meaning people could not unlock their phones.

Apple reacted quickly, putting a stop to the 8.0.1 update after just a little over an hour, saying that it was investigating the reports of problems and promising that 8.0.2 would come “as soon as it’s ready in the next few days.” It also issued a workaround for those who’d lost cell service or the use of the Touch ID feature.

The company said that the problems affected fewer than 40,000 iPhone 6 and iPhone 6 Plus devices. Those latest-model phones had only just started arriving in consumers’ hands last Friday, and Apple had said that in the first weekend of sales, consumers had scarfed up 10 million of the devices.

And iOS 8 itself was hot off the presses. It had become available two days earlier, bringing with it a number of fixes and new features.

So now perhaps Apple can start to catch its breath, or at least move on to other issues. As it often is, September had already been a busy month for the company, starting with a splashy event at which the company unveiled the iPhone 6 and 6 Plus, notable for their larger screen sizes, and its long-anticipated wearable, theApple Watch. The third big introduction at the event was the Apple Pay mobile payments service, will go into effect for the two new iPhones — through another iOS 8 update — in October.

The debuts had helped to reignite the sizzle that critics complained Apple had lost in several years of more modest new-product introductions.

But September also brought a good deal of embarrassment for the company, even before this week’s issues flared up. Apple began the month wrestling with a scandal over nude pictures of celebrities like Jennifer Lawrence that had been swiped from iCloud accounts. Then there was a stumble with the live stream of the iPhone/iWatch launch event, backlash over the forced appearance of a new album from rock band U2 in people’s iTunes accounts, and an outage of several hours at Apple’s online store at the start of preorders for the new iPhones.

Earlier on Thursday, Apple sought to downplay the reports of excessive, and unexpected, flexibility in the iPhone 6 Plus. Any bend in that device is “extremely rare,” Apple said, offering as evidence that through the first six days of sale, only nine customers had contacted it regarding a bent 6 Plus. The catcalls on social media, meanwhile, were much more widespread.

iOS 8 is compatible with any iPhone version 4S or later, the fifth-generation iPod Touch and any iPad released from the second generation on. Some features, such as Apple Pay, are specific to the iPhone 6 and 6 Plus.

Among the other significant changes, the new software tackled long-standing issues with iOS’ notification system, its tie-ins with Apple’s desktop OS X software, and the iCloud service. It also extends Apple’s reach into the health and home automation space, too, with a suite of new “Kit” apps and developer tools.

One goal for iOS 8.0.1 was to fix a bug that prevented developers from launching HealthKit apps in the app store and another bug that barred users from uploading photos and videos from Safari. The update also was set to improve the reliability of the “reachability” feature on the new iPhone 6 and 6 Plus. Reachability makes it easier for users to operate the large phones with one hand.

In addition, the update was intended to correct issues related to third-party keyboards, third-party app access to the Photo Library, and ringtones not being restored from iCloud. And — perhaps ironically now, given the problems it caused with cellular service — iOS 8.0.1 also set out to resolve an issue that could cause unexpected cellular data usage when Apple’s devices received text messages, as well as to provide better support of “Ask to Buy” for Family Sharing for in-app purchases.

Last year, Apple rolled out iOS 7.0.1 just a few days after it launched iOS 7 in order to fix a fingerprint glitch with the iPhone 5S. Less than a week after that, iOS 7.0.2came out to patch a bug with the lock screen.

The new smartphones went on sale last Friday in 10 countries, starting at $199 for the iPhone 6 with 16GB of storage space and going up to $499 for the 6 Plus with 128GB of memory. They will become available in 20 more countries starting Friday, September 26.