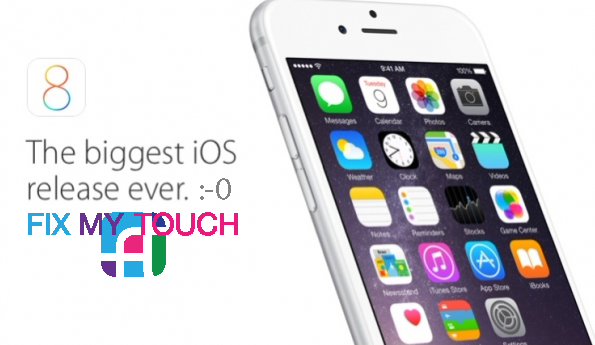 Apple released iOS 8.0.1 on Wednesday, Sept. 24, to fix several bugs in iOS 8. The update has caused major issues such as no cellular service and Touch ID failing to work, forcing Apple to remove it and offer a fix.

All reports were golden when Apple issued a press release earlier in the week to announce that sales of the iPhone 6 and iPhone 6 Plus were high, with over 10 million sold during its first weekend on sale, easily shattering previous iPhone opening-weekend sales.

“Sales for iPhone 6 and iPhone 6 Plus exceeded our expectations for the launch weekend, and we couldn’t be happier,” said Tim Cook, Apple’s CEO. “We would like to thank all of our customers for making this our best launch ever, shattering all previous sell-through records by a large margin. While our team managed the manufacturing ramp better than ever before, we could have sold many more iPhones with greater supply and we are working hard to fill orders as quickly as possible.”

The declaration proved that Apple was off to a great start with its latest and largest iPhones to date. That success has apparently shaken Samsung up. The company has pushed up the release of its Galaxy Note 4 in some places; the 5.7-inch phablet will bereleased in the U.S. in October and go head-to-head with Apple’s 5.5-inch iPhone 6 Plus.

When iPhone users installed iOS 8.0.1 OTA and their smartphones powered on after the update was complete, they were greeted with major new issues, most affecting iPhone 6 and iPhone 6 Plus users. Users could no longer connect to their carrier’s network to make calls, send text messages, use data networks, or Touch ID. Apple quickly pulled iOS 8.0.1 after realizing it broke more than it fixed. The company issued a response to re/code’s John Paczkowski, “We are actively investigating these reports … In the meantime we have pulled back the iOS 8.0.1 update.”

The iOS 8.0.1 issue seems only seems to be affecting iPhone 6 and iPhone 6 Plus users. Apple support recommends doing an iTunes restore if you’ve upgraded to iOS 8.0.1. iMore has put together easy-to-follow instructions and included links for the necessary iOS 8 restore files:

Apple is currently working on a fix and we’ll keep you posted when new details are released.

This content is quoted from Tech Times at; http://www.techtimes.com/articles/16408/20140924/apple-releases-ios-8-0-1-update-that-destroys-more-than-it-fixes-pulls-update-and-recommends-itunes-restore.htm 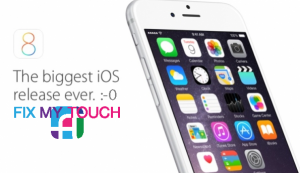