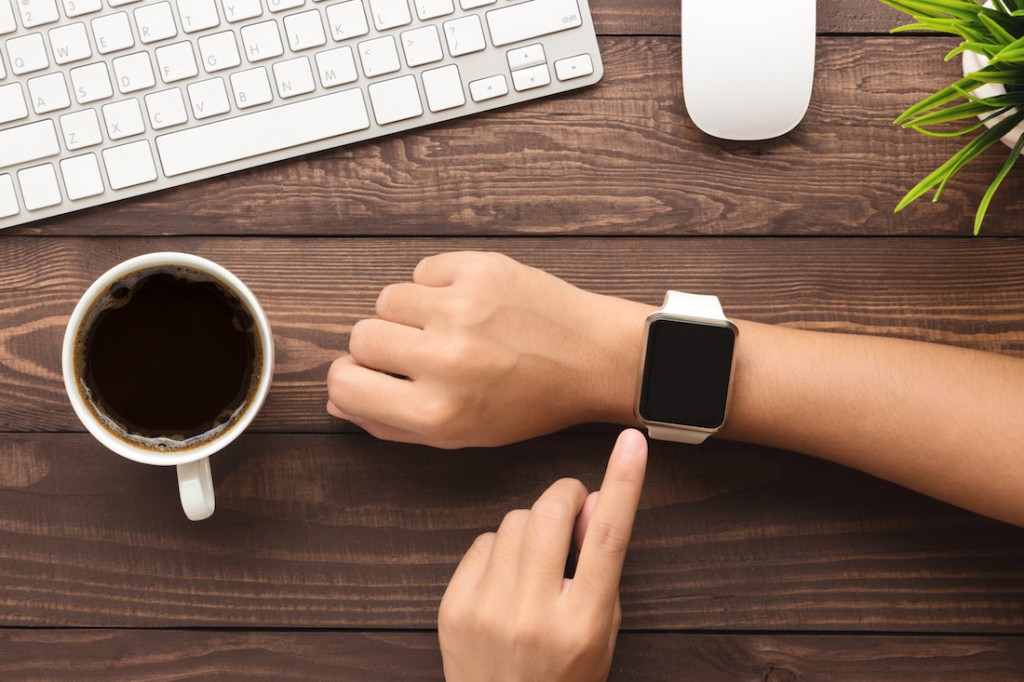 The newest generation of Apple Watches is here but it is being met with mixed reviews. The Fix My Touch team loves new technology and has done some investigating for our clients, hunting down all the important facts on Apple’s latest offering.

The “Apple Watch Series 3” was first revealed back at Apple’s September event, where they also released the newest line up of iPhones (8, 8 Plus and X). Fans of the Apple brand were keen to get a look at the newest group of products, but many were also curious about the futuristic, Steve Jobs Theatre. This was the first event that was held at the theatre, which was built in tribute to Apple’s past leader, who was famous for bringing the iPhone to market.

If you typically invest in new technology to help increase your image, you might be disappointed with this newest watch. The Series 3 looks almost identical to the Series 2 Apple Watch, aside from a little red button on the side of the device. If you have not inspected an Apple Watch up close, you will be pleasantly surprised to find a bright OLED Retina display, which is protected by sapphire crystal or Ion-X Glass, depending on the model you select.

There are some critics who want every new Apple product to look completely different than the last, pushing the limits of innovation. Diehard Apple fans will argue that this current style of watch is perfect, and when something is working, you don’t need to drastically change it.

Upgrades Under the Hood

For those Fix My Touch clients that get excited about the internal technology of new products, you should be pleased with some of the Series 3 upgrades. Internally, Apple’s new watch is completely overhauled with LTE capabilities, which allows users to connect to the internet without needing your iPhone, or even a Wi-Fi signal, (there have been some issues with the LTE services but we will get to that). Android fans always dubbed the Apple Watch as a FitBit that received duplicated notifications or a glorified iPod Touch, but now it is essentially a fully functional iPhone for the wrist.

Tech enthusiasts will be happy to hear that the Series 3 comes with a faster duel core S3 processor which will allow for 70% faster performance and ultra quick graphics loading. Meanwhile, the new W2 wireless chip will significantly boost wireless speeds, without draining the battery too quickly (apparently). As the Apple Watches become faster, the difference between the Apple product on your wrist and the one in your pocket will become less apparent. The Series 3 can make and receive it’s own phone calls, which have been reported to be crystal clear with the upgraded microphone on the watch.

With the Watch’s new ability to operate independently of an iPhone, it’s very likely that many more consumers will adopt Apple’s newest offering moving forward. Previously, some of the biggest Apple Watch fans could be found in the health and fitness industries. The fitness fans will be pleased with some of the upgrades the Series 3 brings, including the internal barometric altimeter. This allows users to track their elevation, which becomes a very interesting tool when hiking, running or skiing in mountainous areas.  The watch also includes a gyroscope, accelerometer, ambient light sensors and heart rate sensors. These tools will not only track a whole slew of data points that will aid users during their workouts, but they will also oversee the wearer’s general overall health from morning until night. Whether you want to count how many flights of stairs you climbed or the amount of calories you burned while scuba diving on your family vacation (the device is water resistant up to 50 metres), the Series 3 watch will be keeping an eye on your health for you.

The concept of having an Apple Watch that operates completely independently is appealing, however early users have reported issues with connecting to LTE networks. Apple has released statements confirming that problems exists with the Series 3, which occur when the watch joins unauthenticated Wi-Fi networks. Apple has come out and said “We are investigating a fix for a future software release”.

Users that have had their LTE working have reported that battery life becomes an issue, only lasting five hours or less with normal use. When not connected to an LTE source, the Watch’s battery did last all day, which indicates that battery efficiency on LTE networks should increase with future software updates.

Just like every new piece of technology that gets released, the newest Apple Watch brings some innovate features, coupled with a few pesky flaws. At Fix My Touch Kelowna, we have noticed more and more people around town wearing Apple Watches, especially with our booming start up culture. We love to see the Okanagan embracing technology and will continue to keep all of your electronics up and running.

Broken screens, water damage, and custom modifications- we do it all. In the technology laden world of today, we all need our phones and tablets to be working at peak efficiency all times. Don’t let a broken device hold you back, visit our Kelowna team today to get your tech back up to speed.