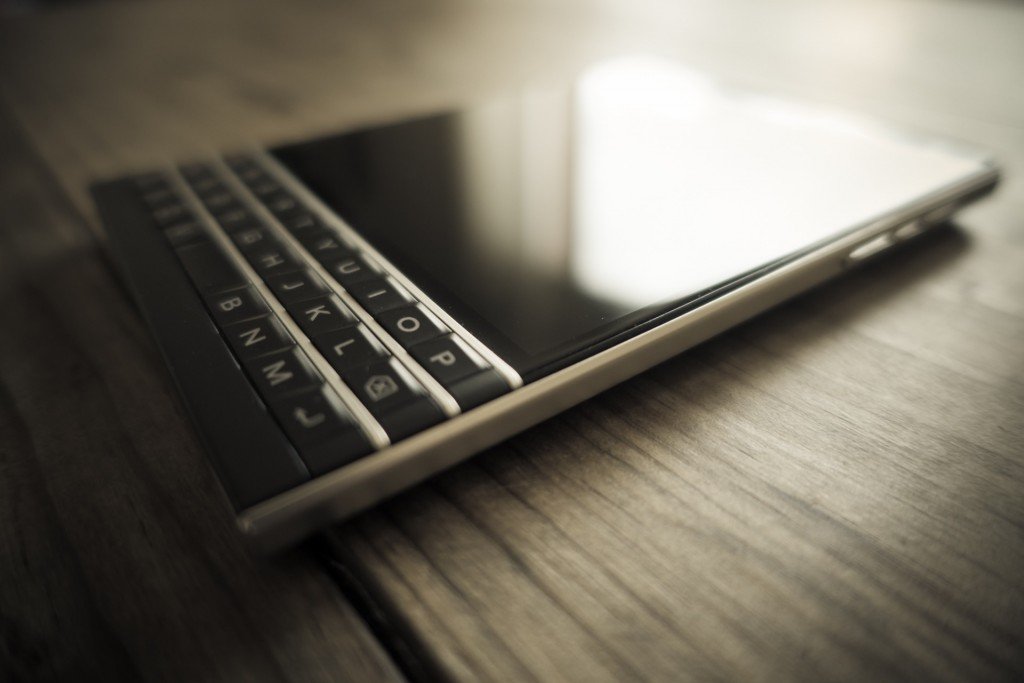 John Chen, charged with turning around Waterloo, Ont.-based BlackBerry since last November, has said the company’s future rests on rebuilding its relations with the enterprise market, long a core of its business.

The Passport is on sale starting today, available only at Telus until Oct 1. Users will pay $200 for the phone on a two-year contract, which jumps to $250 starting Oct. 1.

Users who want to buy the phone without a contract will pay $699.

The new smartphone’s hefty design — the size of a passport, or perhaps a suit pocket — has a screen that will show 60 characters across. That means spreadsheets, medical charts and other enterprise-friendly information will be readable.

“I have to tell you, I just fell in love with the phone when I came in,” said Chen, who said it was mostly finished before he started with the company.

CBC reporter Matthew Kang, who was at the Toronto launch, described it as a “hybrid of keyboard, mouse and touch screen.”

Representatives from Bloomberg business news were also on hand to announce a Passport-specific app, available at the end of October, that will allows users to see an increased number of stock quotes at once.

Chen also confirmed that the BlackBerry Classic phone will be released by the end of the year, but wouldn’t provide any more detail to reporters.