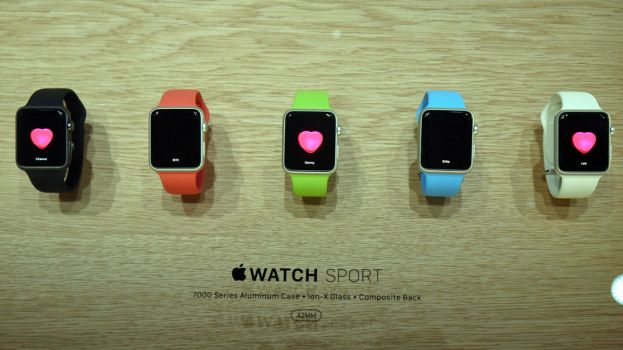 The early verdict on the Apple Watch 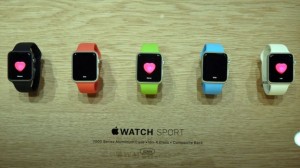 Most of us expected the Apple Watch to appear in 2015, but it’s made a (semi) surprise launch with the iPhone 6 and iPhone 6 Plus.

It sadly won’t be seen until next year though, which means this is a deliberate ploy by Apple to make sure you’re not buying a Samsung, LG or Moto 360option in the run up to Christmas.

But there’s a pretty good reason for most to hang on – this is a very stylish wearable indeed.

Apple’s clearly aiming this at the fashion market as much as the person who loves to be an early adopter – given the smartwatch market is still yet to take off, it makes sense to focus further afield in terms of consumer targeting.

It also packs NFC, allowing it to be used as part of the new Apple Pay system – something that’s either going to be really helpful or a big turn off to some.

But essentially this is a product that defines a new chapter for Apple. Well, that’s if it’s any good, of course.

You can’t call it a lady or man’s watch, but there will be those that do, and it’s opened Apple up to a new market in doing so.

While I expected it to be rounded, the fact is the Apple Watch looks like a small fusion between iPhone 6 and iPod Nano. It’s not unattractive, but it is on the chunkier side of things.

It’s rounded at the sides, which works in its favour, and the very-slightly curved back makes it feel nice, if a little heavy (depending on the band) on the wrist.

The Edition… edition is a properly heavy device on the wrist. It’s one that will look great but feel like you’ve spent a thousand dollars on it. Actually, given we don’t know the price of this 18 carat gold and sapphire watch, that might not be too far off.

The interface is curious, but I really think Apple has done better than most with the way it’s approached interacting with a wrist-dwelling device.

The Digital Crown is essentially a scroll wheel that lets you zoom in and out of the interface, so for apps (with a fun new home screen that looks NOTHING like the iPhone’s version, more a spherical look at all the apps available on the watch) it’s a new way of doing things.

The spherical interface is going to take some getting used to. The demos I saw showed a slightly tricky method of hitting the right area to open the app you want, leading to needing to use the Digital Crown more often than not.

It’s got a very smooth action, where I expected it to be a clicking feel (just because that’s what you get with a watch). It will be interesting to see if this becomes embedded as a way of using the Watch, but anything that takes away from having to touch the screen will be a good thing.

Tapping the crown inwards sends you back to the home screen, but you can also use the touchscreen on the Watch to to interact with apps.

The button below the Digital Crown serves two functions: one to take you to your contacts, and the other to work as a way into activating the Watch as a payment vehicle.

The contacts app is interesting, as it allows you to send things through to your friends that go beyond the normal messaging paradigm.

That said, the Apple Watch is adept at doing the basic smartwatch things: you can make and receive calls from your wrist (with mic and speaker) and it will scan messages coming in to work out if it can generate an easy response for you to tap.

So if someone asks ‘Fish or Chips for dinner?’ the Watch will ask you to tap Fish or Chips as a reply. Although if it’s really smart, it will offer both as an option.

Beyond that though, you can send some really weird things. For instance, you can draw pictures and send them over (although let’s be honest, you’re going to be getting lots of pictures of male genitalia from your friends sent to your wrist when you’re presenting) or a vibration code that you’ve predefined with a pal.

Or you can even hit the screen with two fingers to send over a heart rate image, which vibrates on that person’s arm. The graphic is kind of intense – but it doesn’t explain why Apple has offered this.

The Apple Watch is neither a fitness band, watch or fashion accessory though, despite taking a bit from each of those camps. It’s hard to define what it really is, which means that users may struggle to justify the purchase.

I think its greatest chance of success is in the health market, as Apple has made this a decent choice for people looking to get a little bit healthier.

Not just checking steps or heart rate once in a while, the watch will be able to help you be a bit less sedentary as well as noting when you run around and how hard the exertion is.

Of course, it needs an iPhone to work really effectively, but it works very well autonomously too in terms of tracking the above.

This partly explains why Samsung has teamed up with Nike to make the Gear S a running companion – but at least Apple has got its own internal system to allow for it.

As a smartwatch, the Apple Watch is a pretty nifty device too. Its discreet dimensions mean that while it’s obvious when it lights up, most of the time most won’t know you’re wearing a smartwatch.

It’s annoying needs to be flicked upwards to turn the screen on – unlike the Android Wear devices which are visible when in standby mode – and I wasn’t able to test this function during my limited hands on time.

The Apple Watch will also come with the ability to pay for things with the aptly-named Apple Pay – however, this wasn’t available for demo, and therefore I can’t work out how the security aspect will be handled.

With the phone you’ll need to hold the TouchID element to confirm it’s you that’s paying, and without that on the Watch it’s hard to see how you’ll manage it.

If you have to press it on your phone, it kind of makes it redundant as a mechanism on the watch.

Apple has confirmed that you’ll need to charge this device every day, which is a bit of a shame – with the lack of GPS I was hoping that it would at least match the competition and only need to be plugged in every 48 hours.

At least the charger is attractive: it’s an inductive option that clasps to the back of the Watch through magnets. It looks the business, although it doesn’t look cheap to replace if it breaks, unlike a Lightning cable.

The Apple Watch is a device that many will want to own with the iPhone 6, as the stylings match really well, and let’s be honest: people like buying wholeheartedly into the Apple ecosystem.

It’s annoying we don’t know the price or the exact release date then, as it’s hard to say how successful the Apple Watch will be as a result. The battery life is a shame, but then again it’s not unexpected.

One thing’s for sure – now Apple has brought visibility of wearables to the wider market through the Apple Watch, everyone will benefit through higher consumer traction.

Will we see everyone wearing one? Probably not, but then again not everyone owned an iPad or iPhone at the start. This is phase one of a much longer product game – but the Apple Watch One is a quite good start.