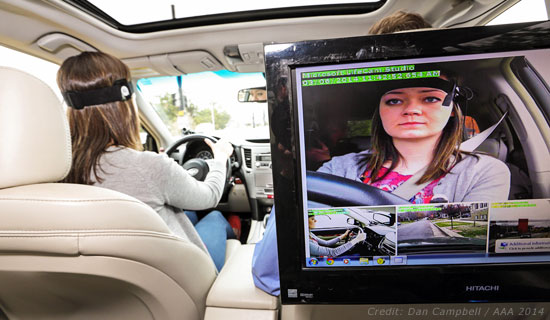 Those wonderful hands-free communications capabilities now available in automobiles may carry the promise of making driving safer, but they’re not fulfilling it, according to two studies conducted jointly by the University of Utah and the AAA Foundation for Traffic Safety.

And forget about using your iPhone’s Siri in the car, even hands-free — it might endanger your life.

Led by cognitive distraction expert David Strayer, researchers measured the brainwaves, eye movement, heart rates and other data from more than 160 subjects to arrive at their findings.

They used cars sold in 2012 and 2013 equipped with cameras mounted inside to track subjects’ head and eye movements, a detection-response-task device to record driver reaction time in response to triggers of red and green lights added to their field of vision, and a special electroencephalographic-configured skullcap on subjects’ heads to record their brain activity to determine their mental workload.

The team used established research protocols drawn from aviation psychology, along with a variety of performance metrics to assess drivers as they engaged in various tasks, ranging from listening to audio books to talking on the phone, to listening and responding to voice-activated emails while behind the wheel.

The subjects’ unfamiliarity with the systems might have to be taken into account, the researchers acknowledged. Also, one might question whether using older-model cars might have skewed the results, as 2014 models are likely to have better in-vehicle infotainment systems than earlier models.

“We’re in the midst of rerunning the tests using 2015 vehicles, but that’s an ongoing thing,” said Joel Cooper, assistant professor of psychology at Utah U and a member of Strayer’s team.

What the Studies Found

Voice-activated phone calls and radio-tuning features were major distractions, one of the studies found. Toyota’s Entune was the least-distracting system, followed by Hyundai’s Blue Link.

Chevrolet’s MyLink system was the most distracting. Mercedes’ Command system, the MyFord Touch and Chrysler’s UConnect were better — but all were more distracting than a phone conversation, which itself has been painted as a distraction at least since 2006.

Using Siri on an iPhone to send and receive texts, post to Facebook and Twitter, and access a calendar was more distracting than any other voice-activated technology, even when it was modified for use hands-free, the other study found.

Android systems weren’t tested, “because Android wasn’t as fully implemented as iOS when we began the research,” Cooper said. “Some of the findings would apply across the board, and the results shouldn’t be interpreted as a critique of Siri.”

On a scale the researchers developed to rate the levels of mental distraction, tasks such as listening to the car radio fell into category 1, a minimal risk of distraction. Talking on a cellphone, whether hands-free or not, placed in category 2, moderate risk. Listening and responding to in-vehicle, voice-activated email features were category 3, extensive risk.

Manufacturers “are in many cases making efforts to improve the systems,” Cooper said, “but the feeling when you evaluate these systems is that they were never quite ready for release.”

“It’s not a shocking revelation to learn that speech recognition systems are confusing, distracting and frustrating,” said Roger Lanctot, associate director of the global automotive practice at Strategy Analytics.

“I’ve had my problems with it, but then you just don’t use it,” he told TechNewsWorld.

As for the finding that Siri is a particularly bad distraction, “I’ve been telling people that for some time,” Lanctot said.

“These studies are misguided, largely because they operate in a vacuum,” said Rob Enderle, principal analyst at the Enderle Group.

“People are going to talk to others in their car, and finding a station on a manual radio or pulling out a map and trying to figure out where you’re going is likely more distracting than what they’re worried about,” he told TechNewsWorld.

The researchers “need to figure out that if they were successful in taking this stuff away, what people would do then would be worse,” Enderle argued. “With self-driving cars coming to market in volume within two years, the problem will begin fixing itself.” 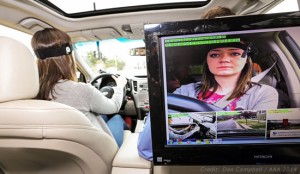