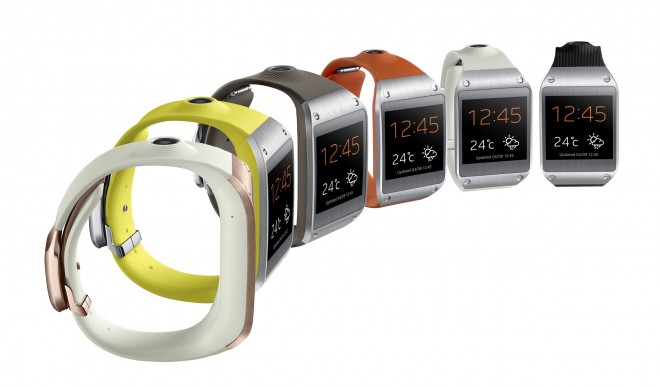 Samsung Galaxy Gear Smartwatch Came to a Wrist Near You

The Samsung Galaxy Gear smartwatch is real. The slightly bulgy piece of wristwear works in conjunction with Samsung Galaxy phones and tablets so you’re not pulling them out of your pocket every time they ping or vibrate.

The Galaxy Gear unveiled at IFA today notifies you of incoming emails, texts, and messages via a Bluetooth 4.0 ＋ BLE connection. A preview of the alert shows up on the watch’s 320 x 320 1.63-inch Super AMOLED display. You can accept or ignore those new messages. If you get a message you decide does require your attention, a Smart Relay feature will bring the entire note to the screen of a full-size Samsung Galaxy device when that phone or tablet is picked up. For now, the only Galaxy devices supported are the Galaxy Note 3 and Note 10.1. Fortunately, the Galaxy S4, Galaxy S III, and Galaxy Note II will be added to that list after a future software update. 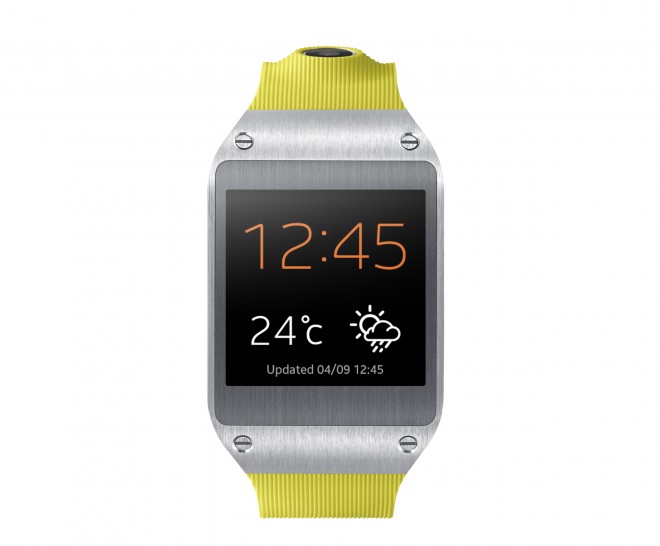 If your dream is to look like Dick Tracey, you’re in luck. The Galaxy Gear can make voice-activated phone calls. Messages can also be dictated to the watch and you can set alarms, calendar events, and if you’re indoors and have no access to a window, check the weather on the display.

In an odd decision, the watch can also shoot photos and 10-second 720p videos with its 1.9MP camera. Then again, sometimes you see something outstanding and you don’t have time to pull your gigantic Galaxy Note 3 out of your pocket.

The watch will work with a Galaxy device up to 1.5 meters away and can be used to find a lost phone or tablet with the Find My Device feature. The missing device beeps and vibrates until you pull it out from under the couch cushions. But don’t let that device go missing for too long, as the Gear’s battery will only last you about a day.

If your day entails more physical activity, the Gear also acts as a pedometer and tracks calories burned, steps taken, and distance covered. If that’s not enough, it will have 70 apps available at launch, including fitness staples like RunKeeper and MyFitnessPal.

The Gear will be available September 25 in over 140 countries and early October in the United States for $300 in six oddly specific colors: Jet Black, Mocha Gray, Wild Orange, Oatmeal Beige, Rose Gold, and Lime Green.