When something breaks, an all-too-common solution is to just buy another of that thing to replace it, but that’s not always the best option. Repairing items like smartphones can be much more important to fix than replacing them due to the personal data on them. Smartphones especially are quite complex though, so using a smartphone repair centre can be an advantageous and efficient solution to getting it fixed.

That being said, if you want to learn the intricacies of working on a smartphone, or are just curious about what goes into fixing smartphones, we detail that below.

Easily the most common repair, broken or cracked screens can actually be one of the more challenging fixes.

The reason for this is primarily due to how the screen is actually attached to the phone itself. If the glass and touchscreen components are glued together, it’s not a simple process of just prying them apart. Special tools need to be used to carefully separate the components before replacing the broken parts.

On the flip side, if the glass and touchscreen aren’t fused together, replacing a broken phone screen can often be an easy process of swapping out the broken glass with a new piece.

How Headphone Jacks Can Be Repaired

Although rarer in newer phones, headphone jacks are relatively easy and affordable to replace. They are also directly attached to the motherboard of the phone which also adds to making it easier to fix and/or swap out by simply popping the jack out.

HTC phones though are notorious for being difficult to open and repair though so fixing headphone jacks on them is immensely difficult and should be done by a smartphone repair centre.

Although smartphones are now being made with fewer buttons, the buttons that do exist can often be easily replaced without any hassle. In the case of most phone designs, buttons are usually attached to the motherboard via cables.

This contributes to making the buttons easy to fix, but it’s also important to take care when replacing them as the cables can be finicky. Follow the standard teardown for your phone and you’ll have working phone buttons again in short order. 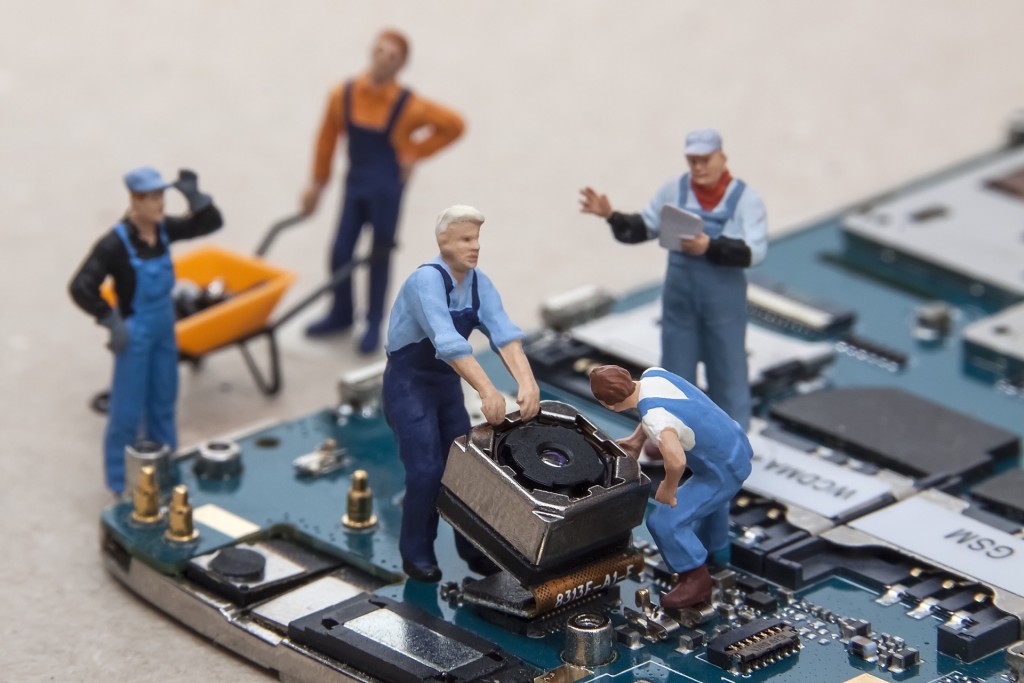 It’s not common for camera hardware to malfunction because of a cracked camera lens, but once it happens camera sensors can be easily replaced. The entire unit of the camera is connected via cables to your phone’s motherboard so keep that in mind when repairing it as it’s important to be careful when either working around them or disconnecting them.

Overall, fixing phones on your own can be an intimidating prospect. There are a significant number of tools you’ll need to purchase to properly and safely work on your phone, so in many cases, it’s best to let a smartphone repair centre that already understands your phone to fix it.