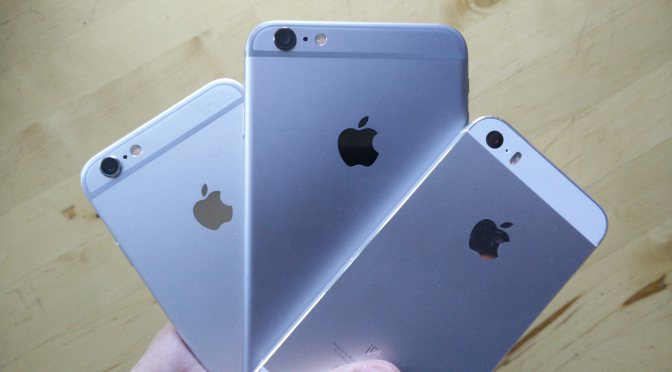 WHY I SWITCHED BACK TO APPLE 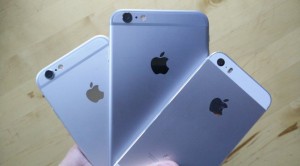 This is true of any tech journalist. We all get tons of new stuff to try out and to ultimately review; however, if you ask any tech journalist what kind of phone they use, there is only one. There is a single phone that they prefer to use for personal use.

My first iPhone was the iPhone 3GS. I then got on board with the original Samsung Galaxy S for AT&T, the Samsung Captivate. Android was in earlier days and iOS was the clear leader. When I got frustrated with Android and Samsung’s bloat, I invested in an iPhone 4S in March, 2012. I rolled with the iPhone 4S until June, 2013.

I found Windows Phone to be new and exciting. I had heard the camera was amazing and heck, it was something completely different. In June, 2013 I went with the Nokia Lumia 920 (cyan, in case you’re wondering). There were rumors of a Windows Phone coming soon with a 41 MP camera, but I was running and early build of iOS 7 on my iPhone 4S, and I needed something right away.

A month later, that 41 MP camera appeared in the Lumia 1020. I brought the Lumia 920 back and paid the difference to get the 1020. I used the Lumia 1020 as my personal phone for nine months, but it grew frustrating. Apps weren’t great and the Nokia Lumia 1020 had a mid-range processor for a super high powered camera.

In April, 2014 it was time for a change. I invested in the HTC One M8. With the dual cameras, Blinkfeed, and widgets I couldn’t understand how anybody could ever buy an iPhone anymore with that boring grid of icons.

Then came WWDC. Apple announced iOS 8. Suddenly, it seemed as though Apple was heading in the direction that I wanted my products to be headed in. With iOS 8, users could finally download new keyboards, meaning we wouldn’t be forced to use Apple’s typewriter keyboard. We could answer calls from an iPad or Mac, meaning no more having to find the phone to answer it. The big one for me was text messages. iOS users could always get iMessages on iPads and Macs, but never SMS messages. I was drooling over the idea of not having to pick up my phone every five minutes to text. After all, I do sit in front of a computer all day for a living.

Still, I was happy with Android. Google offers many continuity features through the Chrome browser. In fact, Motorola has an app that allows Android users to install a Chrome extension to send and receive texts from Chrome. Also, on Android a Swype style keyboard is the default.

Fast forward to August, 2014. If you’ve never heard of the OnePlus One, it’s a 5.5″ Android phone, that uses top of the line specs with 64 GB storage for $349. When I say top of the line, I mean, 2.5 GHz Snapdragon 801, 3 GB RAM, 13 MP rear camera, and 5 MP front camera. Only problem is you need an invitation. The only way to obtain an invitation is to either win a contest or find someone who has already bought one. I won a contest, but ended up spending some time in the forums to meet my new community.

After spending some time in the OnePlus forums and even Reddit, I really started to realize how hateful and petty most Android users are. They refer to iPhone users as iSheep. If I had even mentioned in one of those forums that I was considering buying an iPhone, I would have been bashed. The forums were filled with people poking ignorant fun at the iPhone. While trying to make an unbiased statement, I would get ridiculed.

Read the About Us page. It clearly states that this web site is about the love of technology. If your love of one platform means you have to hate the other, this is not the web site for you. Being a part of the Android community seems like you need to hate everything that’s not powered by Android.

If one were to compare the smart phone world to the world of sports, iPhone users would be Yankees fans and Android users would be Mets fans. If the Yankees don’t make it to the World Series, Yankees fans will root for the Mets. Mets fans hate anybody that’s not the Mets. I was growing weary of being part of a community filled with so much negativity, ignorance, and hate.

I use a lot of laptops, tablets, and smart phones. The most recent laptop I’ve purchased is the Acer Aspire S7. It’s great. It has a Core i7, 8 GB RAM, 256 GB SSD, and a 1440p display. There is one problem with it. The keyboard can be annoying. I’ll be typing and every couple minutes I have to go back and pull out a letter because it got typed twice. Imagine that. A computer can have tons of great specs, look great on paper, but something as simple as the keyboard can ruin the experience.

This isn’t an issue with Apple products. The reason that Apple products are so great is simply because they don’t include a feature until it works right.

If you speak to an Android user about iOS, you will hear a lot of “we had it first” and “Apple is just catching up to Android”. What they don’t seem to understand is that there is a difference between doing it first and doing it right. Apple does it right.

I was always a Windows guy when it comes to my PCs. It’s a great operating system, but then Apple came out with MacBook Airs that have batteries that last for 12 hours.

It might seem silly. After all, how long can one possibly use a laptop without ever being near a charger?

In fact, it is really refreshing to just not have to worry about it. As someone who sits in front of a PC all day, it just never has to be charged. When the battery really does get so low that it must be charged, it goes from 0-100% in about an hour and a half. It’s amazing and life changing.

Even though I’ve owned the MacBook Air since it came out in June, 2013, I haven’t used it regularly until recently when I made the full switch back to Apple.

I Love my iPad

As you could imagine, I’ve been through tons of Android and Windows tablets, but the iPad has one thing that no other tablet on Earth has: a 4:3 aspect ratio.

Note that almost all mini tablets natively come in portrait mode, but mini tablets are not really for me. That’s why I used the iPad Mini with Retina as my personal tablet for a couple months before I went for the iPad Air.

I’m not one for watching movies on my tablets. If I was, Android or Windows would be a much better option with the wide screens. For reading, an iPad is much better.

It was a combination of all five of those things that caused the full switch to Apple products. In fact, if it wasn’t for the customization features of iOS 8, I would still be saying “How could anybody ever buy an iPhone anymore?” If it wasn’t for all of the Android fanboy trolling, I probably wouldn’t have been so adamant about not wanting to be a part of that community anymore.

I’ve been looking for an excuse to start using this MacBook Air more often. It’s fantastic. Everything just works. It is a seamless experience across all devices.

Apple really did good this year. They really have a winner in the iPhone 6 and the iPhone 6 Plus, but if those new iPhones weren’t combined with the new features of iOS 8, it would still be “just another iPhone”.

I am excited to once again be on board with Apple products. It is a completely stress-free experience. After all, throughout the time that I used Windows Phone and later Android, I always carried an iPad around with me because I found the podcast experience with third party apps frustrating.

Now, I have my iPhone with me and there is no longer a need to have an iPad with me all of the time. I have my iPad which is perfect for reading and I have a MacBook which works better than my Windows laptops with double the specs. Life is good.