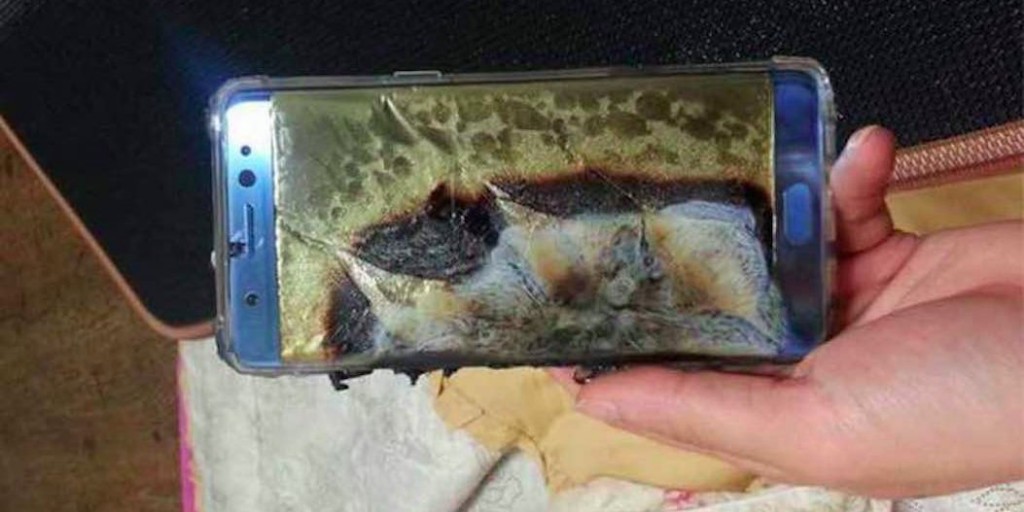 Ok, first off, don’t blame us! We said the Galaxy Note 7 was an awesome phone (and we stand by that evaluation), but that was before we discovered that the battery has a tendency to get ‘muy caliente’ – overheating to the point of starting fire. As a result of safety concerns, Samsung has announced a total recall of the Galaxy Note 7. Every Note 7 sold before September 15 is affected by the recall and must be returned or replaced. This is bad news for Samsung – the company has taken a hit to its finances, and, more importantly, to its reputation. Even worse, a report of a ‘replacement’ Note 7 catching fire on an airplane may even trigger a second recall, or perhaps a complete production halt of the Note 7. Here’s what you need to know about the recall.

Like Gandalf and the dentist in the Marathon Man both once said: ‘Is it safe?’  Well, when passengers on aircraft are being told to turn off their Samsung devices because they aren’t deemed safe, this sends out a negative message about your products to your own customers, and to everyone who’s ever thought about buying a product stamped with the Samsung logo. From being hailed as one of the best new smartphones on the market, the release and replacement of the Note 7 has now descended into a test case for crisis management. Back in early September when reports first started to emerge that the Note 7 was overheating or even exploding, Samsung reacted swiftly and ordered a recall and investigation into the problem. But over the last few days, with news of replacement Note 7’s overheating and even catching fire, Samsung is back in hot water. So did they fix it, or not?

Samsung says they have tracked down the original issue to a faulty batch of batteries from one supplier. Low-quality battery cells are susceptible to overheating and failing when charged and used heavily. Samsung has reiterated that the replacement phones are safe. The replacement models feature a green battery icon on the home screen rather than the standard white. This is supposed to reassure you – and everyone else – that you have a replacement phone that is safe to charge. But the fact that some replacement phones are also faulty leaves the company struggling to explain just what the heck is going on.

We think that whatever happens, and whatever damage control Samsung initiates to contain the crisis, phones catching fire just isn’t good publicity. Every company knows that customers nervous about the safety of your product won’t buy it. And, if left unchecked, this nervousness could lead to the erosion of trust customers have in your brand. Samsung may soon have to decide whether to cut its losses and abandon the Note 7 before it does more damage to its brand.

And speaking of cutting losses, in light of these recent reports, we’re withdrawing our recommendation of the Galaxy Note 7. Don’t get us wrong, when it’s not catching fire or exploding, it’s still an awesome phone – perhaps the best smartphone currently on the market. But like most people we expected battery-related issues to be resolved through Samsung’s recall and replacement program. Wherever there’s a doubt, there is no doubt – Don’t buy a Note 7 until it’s 100% fixed.

To keep your finger on the world’s tech pulse, make sure to follow Fix My Touch’s blog. Oh, and did we mention we  also fix stuff? Whether it’s locked, chipped, cracked, broken, waterlogged, or it just ain’t working no matter what you try, bring your mobile device in to us and we’ll fix it. And, as an added bonus, we just so happen to have the best mobile device repair warranty in the industry.

So contact Fix My Touch for the best device repair in Kelowna today. You’ll be glad you did.