5 must know’s about the new 5 times faster WiFi

Samsung has announced that it has come up with a new standard of Wi-Fi that will increase connection speeds dramatically.

Samsung’s contribution to the Wi-Fi Alliance‘s 802.11ad (aka WiGig) standard, which operates on the 60GHz frequency band, could represent the next major step in closing the gap between wired and Wi-Fi speeds for our online devices.

But what does it actually mean for you? Here’s what you need to know about Samsung’s 60GHz Wi-Fi breakthrough.

In real terms, you could download a 1GB HD movie in less than three seconds. You could also stream uncompressed HD video in real time without any delay. 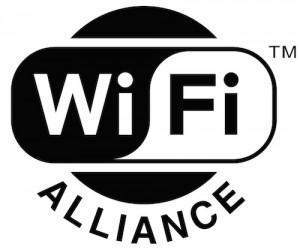 It’s not a new idea

The so-called 60GHz Wi-Fi standard is not a new one, and nor is it Samsung’s idea. As mentioned, the Wi-Fi Alliance announced the 802.11ad ‘WiGig’ brand late last year to take advantage of the unlicensed 60GHz frequency band.

It’s just that no manufacturer seems to have been able to overcome the standard’s drawbacks in a commercially viable way until now.

The 60GHz frequency may bring with it oodles of data bandwidth, but the short millimetre waves is uses don’t travel through walls or other physical obstructions very well, nor do they perform well over distance. Hence, any 60GHz products up to this point have involved very short-range, same-room solutions.

Samsung has managed to come up with a viable 60GHz Wi-Fi standard using new modem technology and a wide-coverage beam-forming antenna.

It’s also managed to enhance the signal quality by coming up with the world’s first micro beam-forming control technology. This rapidly modifies the communication module (we’re talking less than 1/3,000 seconds) should the signal be interfered with in any way, hence getting around the old obstruction issue.

Beam-forming, again, isn’t a technique that’s unique to Samsung. This method of sending out focused, directed signals rather than dumbly filling the air is already being used with current standards, but again Samsung seems to have come up with a workable way to use it reliably on the 60GHz spectrum.

Where and when will we see it?

The 802.11ad Wi-Fi standard is expected to be commercialised from early next year. Samsung says that it will “apply this new technology to a wide range of products, including audio visual and medical devices, as well as telecommunications equipment.”

However, it will almost certainly come a little too soon for Samsung’s next major wave of smartphones and tablets – so don’t expect the Samsung Galaxy S6 (or whatever it turns out to be called) to come packing the new Wi-Fi technology. But we may well see the first Samsung devices supporting 60GHz Wi-Fi to start trickling out deeper into 2015.

Of course, Samsung is also heavily involved with the Internet of Things through the Samsung Smart Home initiative, so expect to see faster, more responsive interoperability between your various (Samsung-branded) appliances in future.

It won’t speed up the important stuff

It’s worth remembering that this new Wi-Fi standard relates to streaming data locally. It won’t do anything to significantly speed up your Netflix streaming, file downloading, web surfing, multiplayer gaming or anything else that’s dependent on a solid internet connection. Which, when you think about it, is most of the stuff you actually connect over Wi-Fi for.

Read this article at it’s source at Trusted Reviews