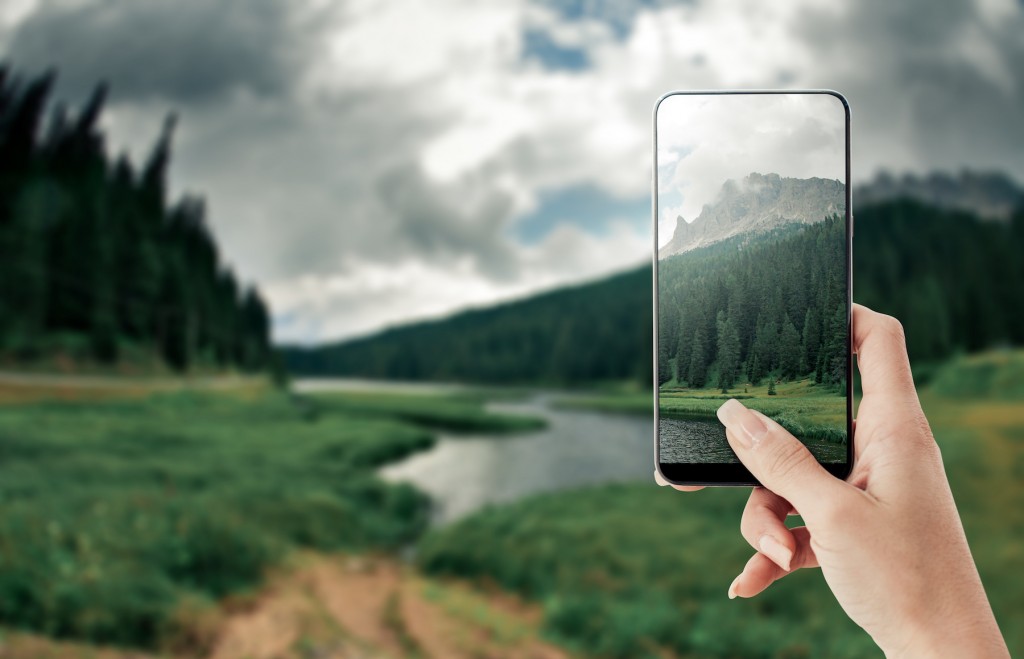 Features to Expect in Every 2018 Android Smartphone

Smartphones are constantly evolving and improving in order to keep up with our lives, and technological advancements. For most of us, our phones are our e-readers, video screens, mini-computers as well as our main form of communication with the outside world. The more seamless and functional they are, the better.

The Kelowna team at Fix My Touch is dedicated to providing clients with the most up-to-date news and smartphone technology. With that in mind, we’ve delved into the latest smartphone trends and compiled a list of features we can expect to see on every Android phone in 2018.

The rise of the edge-to-edge display has lead to the introduction of the notch. It’s received a lot of attention, both good and bad, but ultimately it’s dominating the 2018 smartphone industry. The purpose of the notch is to eliminate wasted space around the border of phones and give users more screen space.

The push towards an edge-to-edge screen is an attempt to create more aesthetically pleasing smartphones. However, some critics argue this compromises the practicality of phones as certain features can’t be as easily relocated. Many people are hoping manufacturers can find a better balance between functionality and aesthetics.

In the meantime, we can’t help but notice that they’re “notch” going anywhere anytime soon. Although Apple wasn’t the first phone with a notch, it certainly leads the way for more smartphone companies. Since the release of the Apple iPhone X, several leading android companies have announced that they’ll be releasing smartphones with borderless screens, and of course, the notches.

Today our phones often contain a ton of sensitive and personal information including banking apps, social media accounts and sensitive work information. Smartphone manufacturers are constantly trying to stay ahead of hackers in order to protect their device’s hardware and software and ultimately ensure they are providing a secure mobile experience.

Dual rear cameras have grown in popularity in recent years. Although it’s not completely ubiquitous yet, it’s on the trajectory of being a staple feature in all smartphones. In 2018 we’ll see more low to mid-range Android flagships with dual rear cameras opposed to just high-end devices.

The main benefit of the dual-camera is that it provides a more accurate judge of depth, kind of like why we have two eyes. It also offers users a variety of features including 2x zooming, depth effects and wide-angle options. It’s an exceptional feature for anyone who wants to capture great photos without lugging around an actual camera.

While the quality of smartphone cameras have improved in certain phones, other companies are struggling to demonstrate the same improvements. Here’s hoping phone companies in 2018 will step up to the plate.

Contact Fix My Touch at 250-300-8551 or visit our Kelowna store today for all your smartphone and android needs or repairs.