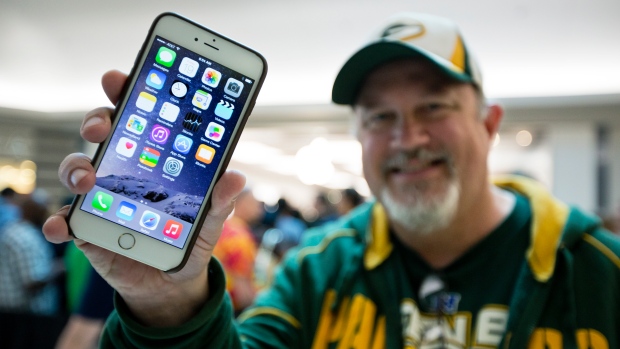 iPhone 6 Plus meets all standards

Apple responded Thursday to reports that its newly released iPhone 6 Plus is susceptible to bending, one day after the tech giant was forced to pull back a new software upgrade for the same device after users complained of numerous glitches in the operating system.

Earlier this week, multiple videos and pictures began circulating on social media that appeared to show warped iPhone 6 Plus models, with some users claiming the curvature came from keeping the phone in their “skinny jeans” for a number of hours.

The incident was dubbed “Bendgate” by angry customers.

The iPhone 6 Plus, released last week, is Apple’s largest phone to date. The company said in a statement released Thursday that “with normal use a bend in an iPhone is extremely rare,” and that since the iPhone 6 Plus went on sale six days ago, only nine customers have contacted Apple about a bent phone.

The models “feature stainless steel and titanium inserts to reinforce high stress locations and use the strongest glass in the smartphone industry. We chose these high-quality materials and construction very carefully for their strength and durability,” Apple’s statement read.

“iPhone 6 and iPhone 6 Plus meet or exceed all of our high quality standards to endure everyday, real-life use.”

Scrutiny of the devices followed revelations of a faulty software upgrade for the iPhone and iPad’s newest operating system, iOS 8.

A new update to Apple’s iOS 8 operating system reportedly caused problems for some users, including an inability to make calls and malfunctions in the fingerprint-reading feature. (Hannah Yoon/ Canadian Press)

The update was released to fix ongoing problems with the original operating system, but by Wednesday afternoon, Apple had already issued a manual method to revert back to the previous software.

Apple said it will release iOS 8.0.2 within the next few days to address both of last week’s glitches and the new ones for the record-selling iPhone 6 models. The company revealed Monday it had already shipped more than 10 million devices. 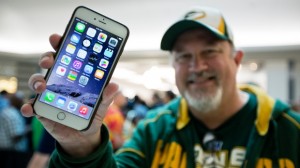